Amy Reinhold is the lovely wife of actor and comedian, Judge Reinhold. She is the actor’s second wife, the couple has been married for 16-years. Keep reading to know about Amy Reinhold’s biography.

Amy Reinhold’s husband was born Edward Ernest Reinhold Jr., on May 21, 1957. The Wilmington, Delaware native is known for a number of movie roles including, Beverly Hills Cop, Ruthless People, Fast Times at Ridgemont High, Gremlins and The Santa Clause trilogy.

Reinhold was born to a trial lawyer father –who gave him the nickname, ‘Judge’ for his infantile resemblance to a judge his father knew. His mother’s name was Regina Celeste Fleming.

The family moved from Virginia to Florida, when he was a teen.

Accoridng to online sites, he became interested in acting after following a cute girl into her acting class.

Reinhold is a graduate from Mary Washington College and North Carolina School of the Arts.

He began performing back in the 70’s –at a number of regional theaters.

His first acting role was in the teen drama, Fast Times at Ridgemont High, playing the iconic Brad Hamilton alongside a future all-star cast that included Sean Penn, Nicolas Cage, and others.

To date, he has appeared in over 50 movies.

As for his private life, the funny man was previously married to first wife, Carrie Frazier, pictured below. 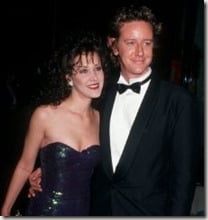 The marriage only lasted a year from 1985-1986. He told the Hollywood Interview about his first wife

My first marriage, my wife really loved me, and I was like that Groucho Marx line “I couldn’t belong to any club that would have me as a member,” right? Let me put it this way, the best definition of redemption that I’ve heard is that you’re placed in the same situation but you do something different. Then you know something’s really changed. Otherwise, it’s just talk. And that started happening without any effort.

Judge met second wife Amy in the late 90’s. The couple has been married since 2000 and have one child together. 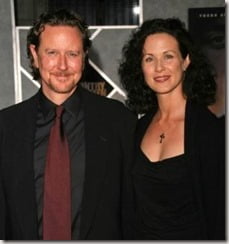 Amy Reinhold is a Little Rock, Arkansas native and graduated from Southern Methodist University with a degree in Literature. 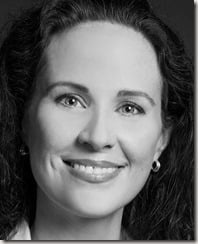 According to her IMDb page, Amy Reinhold is a screenwriter known for “Be Still” and “Inside Story: The Santa Clause.”

She is currently the co-founder of Sawyer Hill Entertainment.

Amy has partnered with her husband and the couple has been working together for years now.

In addition to feature films and television, the Reinhold’s also create national quality commercial campaigns, one of which won 2009 Gold ADDY.

Amy and Judge also create and produce public awareness campaigns and documentaries that equip non-profits to expand their donor base and become self-sustaining in their fundraising efforts.

Judge has had nothing but good things to say about second wife Amy, he said about her during an interview

my wife is so beautiful, both physically and in her character. She has such great, deep, true character. Her gentleness has been one of my greatest teachers.

Though the couple seems to enjoy of a relatively quiet life, Amy’s hubby was recently arrested at Dallas Love Field for disorderly conduct. Reinhold allegedly refused to submit to a TSA screening.