Amy Lappos is the woman accusing former VP Joe Biden of touching her during the time he served as Vice President.

Amy revealed her story on social media where she said that back in 2009, then vice President Biden inappropriately touched her during a fundraiser in Greenwich. She makes the clarification that it wasn’t in a sexual manner.

According to Lappos, Biden grabbed her by the head and “put his hand around my neck and pulled me in to rub noses with me. When he was pulling me in, I thought he was going to kiss me on the mouth.”

She says she felt extremely uncomfortable when Biden approached her at the fundraiser where she was volunteering.

Amy Lappos is one of two women making similar allegations as Biden is currently thinking about running for president in 2020. The other woman, Nevada legislator Lucy Flores, accused Biden of kissing her on the back of her head in 2014. Both women think Biden should not run. 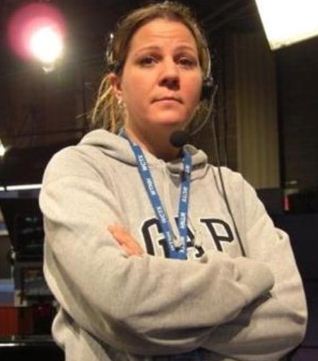 Lappos is a resident of Connecticut who worked as an aide to Democratic Rep. Jim Hines. She is now a freelancer experienced in working with nonprofits. According to her LinkedIn, she is a Freelance Grant Writer & Nonprofit Consultant: at MOMA Grants in New York. Since 2017, she is also the owner of Moma Grants.

She previously worked at The Center for Family Justice as the Director of Grants, Program Administration and Legislative Advocacy. She was also an Interim Program Director at Triangle Community Center. From 2008 until 2016, she served as Grant Coordinator for the U.S. House of Representatives. At the beginning of her career she worked as a Floor Director at WTNH Channel 8.

In an article for BUST, she revealed she became a mother at age 15.

She goes by Amy Stokes Lappos on social media.