Christopher Robinson is the new man in the life of writer, Amanda Knox -who stood trial for the 2007 murder of British student Meredith Kercher in Perugia, Italy.

21-year-old Kercher was found stabbed to death in the flat she shared with Knox in Perugia in November 2007. Knox was arrested five days later. In December 2008, both Knox and her then boyfriend Raffaele Sollecito were convicted of murder and sexual violence, but acquitted in October 2011. She served four years in prison and also survived a retrial in Italy in 2015.

Prior to her relationship with Robinson, she dated Raffaele Sollecito, James Terrano and rocker, Colin Sutherland.

The 32-yera-old Seattle native has been in a relationship with poet, Christopher Robinson for a while; she posted a video of Robinson’s elaborate space-themed proposal on YouTube last year and now the couple is asking the world to help pay for their matrimony. The couple have set up a crowdfunding wedding registry site to raise $10,000 for the upcoming happy event. 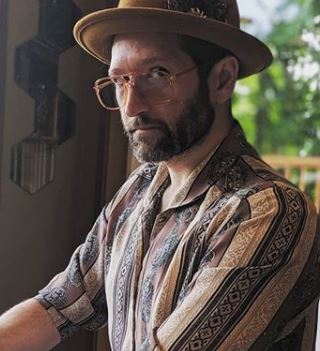 Christopher Robinson -a poet and author -is a Boston University and Hunter College MFA graduate. He has been a finalist for the Ruth Lilly Fellowship, the Colorado Prize for Poetry, and the Yale Younger Poets Prize.

According to his Amazon bio, his writing has appeared in many publications, including The Kenyon Review and McSweeney’s. ​He is the co-author, with Gavin Kovite, of War of the Encylopaedists (Scribner, 2015) which the New York Times called “Captivating…by turns funny, and sad, and elegiac,” and most recently, Deliver Us (Alephactory, 2018). Deliver Us, which takes the reader to near-future Detroit as a black social-media activist leads a campaign against Amazon, “whose new fleet of delivery drones offers rebirth to the blighted city while threatening to magnify existing racial inequalities”.

The 37-year-old began dating Knox in 2016, the two met when Knox reviewed Robinson’s novel for a local magazine.