Amanda Eller went missing in Hawaii’s Makawao Forest Reserve over two weeks ago and when everyone thought the worst she was found alive and well.

In a turn of events for the best, 35-year-old Amanda was rescued by search team members who spotted her from a helicopter. She was not injured and other than missing shoes and a little sunburn, she is in good shape.

“We found her in a stream bed. She was waving up at us while we were in the helicopter, and we got her out nice and safe”

Amanda Eller was last seen on May 8, when she set out for a hike on a reserve trail on the island of Maui. Her disappearance sparked a 16-day search spanning several law enforcement agencies and her family raised a reward of $50,000 for finding her. 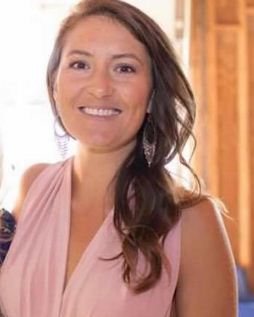 Her mother, Julia Eller, never lost hope telling media, ‘I never gave up for a minute. Even though, at times, I would have these moments of despair, I stayed strong for her’

There’s no doubt her professional training kicked in and helped Amanda through the ordeal. According to reports she survived on several different water sources and berries and guava.

Eller is originally from Mechanicsville, Maryland and is currently living in Makawao, Hawaii. She’s also lived in Florida.

She is a yoga instructor at Afterglow Yoga. In addition Amanda is a doctor of physical therapy with over 13 years of clinical experience. She specializes on medically targeted bodywork, personalized exercises and yoga therapy. She earned her doctorate degree in physical therapy from the University of Maryland Eastern Shore.