Amanda Alvear was just another partygoer at gay nightclub, Pulse in Orlando when havoc sparked at the hands of shooter, Omar Mateen.

Amanda Alvear captured her night of fun, just like any other outing in a series of snapchat videos, never imagining what was supposed to be a good time would turn into a deadly nightmare. Her social media video is among the first to emerge following the horrific attack. She posted happy video hours before the shooting and later just minutes before her death.

25-year-old Amanda Alvear identified as a Puerto Rican native, can be seen in her chilling and last video with her eyes scrunching as shots ring out — at least 17 shots in the span of seconds. Sadly her young life was taken away along with nearly 50 others, as her death has been confirmed Monday morning. Amanda’s friend, Mercedez Marisol Flores, was also killed. They are believed to have been in hiding at the club’s bathroom.

Amanda is survived by her brother, who spoke to the Orlando Sentinel, revealing his sister had gone through gastric bypass surgery. Described with having a peppy personality, Alvear enjoyed taking photos and videos to document her progress. 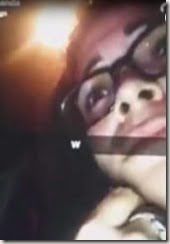 According to relatives, Amanda Alvear worked as a pharmacy technician and was going to school for nursing. According to The Guardian, she was a nursing student at the University of South Florida.

Many have paid tribute to the young woman through social media, Ashley Velez, Amanda’s sister, wrote on Facebook

“I love you baby girl. You were and will always be my baby sister. I’m so heartbroken.” “You could make anyone’s day with the smile of yours.”

While another friend wrote,

“In every life time you are only afforded the opportunity to meet a handful of truly amazing people. People that have their minds set on goals with everyone in mind and their hearts full of love, an unconditional love that they constantly shared. Their is no doubt that Amanda Alvear in my lifetime has been one of these people…She was epic in every sense of the word.” 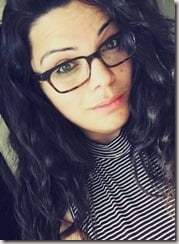 According to her weight loss journey she had dropped 180 pounds and was ecstatic about the new turn her life had made. The Davenport, Florida resident was close to her nieces and spent time with them sopping as she was described by her brother, Brian as a ‘fashionista.’

A Go Fund Me page was set up in her name, where family members wrote:

Our family has been through so much in the time since the horrific shooting at Pulse in Orlando. Unfortunately our hours of hoping and praying the unknown would be answered with a miracle were answered with heartbreak, we were notified early Monday morning that Amanda Alvear was among the deceased inside Pulse. We are overwhelmed by the incredible outpouring of support we have received from all over the world. Any donation to the family can be made here to go towards funeral expenses and support for Amanda’s family as we try to make sense of what has happened and pick up the pieces. Thank you so much for your continued support.