Alvin Morel is the brother of double murder suspect, Oscar Morel. His brother is the man who allegedly gunned down a NY imam and his assistant on August 13.

Alvin’s brother, Oscar Morel was taken into custody on August 14. Police was able to identified him after his car matched to the description of eyewitnesses –who told authorities the driver tried to flee but hit a bicyclist and then crashed into an NYPD car.

Oscar was eventually haunted and when police tracked the car they boxed him. Officers eventually ordered him to surrender.

Police is trying to come up with a motive for the double murder and said on Monday’s press conference, a hate crime motive is not off the table.

According to news outlets, Alvin’s brother was living in a basement apartment in Brooklyn and worked at a warehouse. Morel has no prior history with police aside from a misdemeanor pot possession arrest. 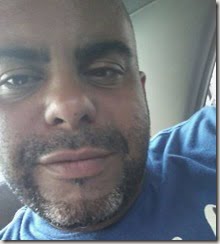 Oscar’s crime has been shocking to his family. His older brother, Alvin Morel posted on Facebook:

He is said to be interested in men and also speaks Spanish. In the about section, he quotes the lyrics to a Brandi Carlile song titled “The Story.”

Alvin defended his brother telling the NY Daily News, “This is nothing like him. My brother is a decent person. I don’t know what happened.”

He also revealed to the newspaper their mother Ana Morel, had cancer. As for the possibility of being a hate crime, Alvin Morel said the only time the family members felt “hatred” for Muslims was “during 9/11. Other than that, we never felt a hatred with nobody.”

Alvin’s page also displays his sympathy for the Trump campaign, but it is not clear if his brother shares the same political views.