Benjamin Garland has been named as the boyfriend of the missing Oregon woman, Allyson Watterson.

Benjamin is the last person to have seen Watterson as she vanished when the couple was taking a hike before Christmas. 20-year-old Allyson and her boyfriend allegedly became separated while hiking in a wooded area near North Plains, about 18 miles northwest of Portland. She was reported missing on Monday a day later after Garland claimed she disappeared during their hike.

According to the sheriff’s office, a resident found Benjamin Garland asleep in his truck and brought him back to his home. Garland and his father went back to look for Watterson in the woods and notified her family when they couldn’t find her. 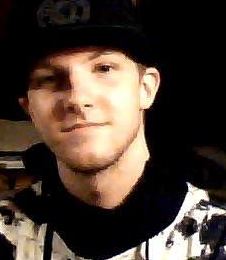 Since then, over 100 volunteers and rescue workers spent Christmas Day scouring the woods for signs of the missing 20-year-old. The Oregon National Guard provided a helicopter with heat-sensing cameras to help with the search on Thursday. However, according to reports, new ‘items and clues” have been discovered by search and rescue workers. Authorities also revealed the new findings will change the type of search and could slow it down.

21-year-old Benjamin Garland has been cooperating with authorities, however he was booked into the county jail on unrelated charges. After talking to Garland, sheriff’s deputies arrested him on several charges not associated with Watterson’s disappearance.

Garland who will be in court Thursday, was arrested for charges including unauthorized use of a motor vehicle.
According to his social media, Benjamin Garland is originally from Hillsboro, Oregon. He attended Faith Bible Christian School and is currently listed as working at Middle Earth. He is one of six children born to Molly Weller Garland. His siblings include Peter Garland, Hannah Garland, Heidi Garland and Josh Garland.

Watterson’s parents Alan and Misty Watterson -were grateful for the search efforts. Her mom said during a press conference “She’s just a very special person, and I will do anything to get her home. Anything.”