Allison Salamoni is the EMT wife of Louisiana officer, Blane Salamoni. Her husband and another officer have been placed on administrative leave for their involvement in the fatal shooting of Alton Sterling.

28-year-old officers Blane Salamoni, and Howie Lake II, responded to an anonymous 911 call alleging that Sterling, 37, threatened someone with a gun outside a convenience store. Footage from a witness shows the cops pinning Sterling to the ground before shooting him five times. It remains unclear which officer fired the shots.

Blane Salamoni is a member of the department’s Uniform Patrol Division and has served four years.

He graduated from the police academy in August 2011 and is a third-generation officer, according to his father-in-law he loves being a policeman and wants to become a detective. He was honored at the Chief’s Awards Banquet in 2015.

Sterling, a 37-year-old black resident of Baton Rouge, died Tuesday after the encounter with the officers outside of a Triple S Food Mart in East Baton Rouge Parish. As we’ve seen one this too many times, protests in the Louisiana city have already began to take place.

Like her husband, Allison Salamoni (nee Durdin) is in the public service industry. However the same can’t be said about his EMT and firefighter wife who has even been awarded for her impeccable work. Allison Salamoni’s resume shows she genuinely cares about her patients. 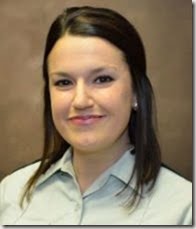 Allison Salamoni was chosen as Acadian’s 2016 EMT of the Year for Louisiana/Mississippi operations. Allison has been employed with Acadian since 2012 and is stationed in Plaquemine, La.

Allison received her EMT training through Acadian’s National EMS Academy. She is a graduate of Louisiana State University’s Fire and Emergency Training Institute, where she received firefighter and hazmat training, which she put to use while working as a firefighter with the Port Allen Fire Department. Allison also graduated from Southeastern Louisiana University with a bachelor’s degree in general studies and a minor in family and consumer sciences.

Allison Salamoni has served as one of the governmental relations coordinators for the Baton Rouge area. She has also been a champion for wellness and fitness and serves on the safety committee.

Allison shared one of the calls she will always remember was when she and her partner attended a call to help a man who was severely dehydrated, as she cared for him all she could think of was her own family. During her spare time she enjoys running marathons, strength training and cooking.

Through her brilliant work, Allison Salamoni has been pictured with Baton Rouge mayor and other influential people in Louisiana. Could her connections help her husband in ay way?