Allison Mack is a Hollywood actress, producer and director, best known for playing Chloe Sullivan on the TV series, Smallville and who is now being accused of trafficking women for ***!

Mack, now in her mid-30’s is grabbing headlines for her close association with the NXIVM group. It all unraveled after Keith Raniere –leader of NXIVM –was arrested in Mexico and extradited to Texas this week to be charged with *** trafficking.

NXIVM has been described as a self-help organization that’s been in the business for years. However former members say the group is a ‘***-cult,’ Reports say Raniere created a secret society of women (DOS) whom he had *** with and branded with his initials, coercing them with the threat of releasing their highly personal information and taking their assets. He left the US last year following a report from the New York Times.

But is Allison Mack really in it? You may be surprised, read her top facts below. 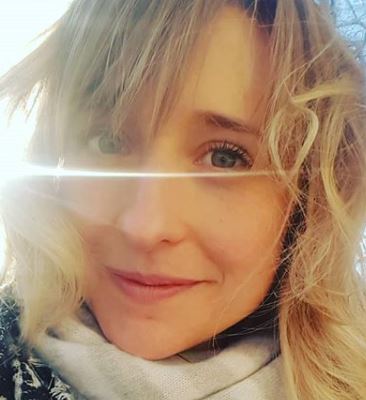 #1 Footage of Raniere’s arrest shows a group of women, including Mack, chasing after the police car as it took him away while in Puerto Vallarta, Mexico. Is clear the blonde actress is somehow involved with Raniere and the organization.

#2 Allison’s former Smallville co-star, Kristin Kreuk was also a member of NXIVM for seven years but now says she is embarrassed she ever joined and denies that she helped recruit women to be ‘*** slaves’ in the New York-based NXIVM cult.

#3 She is described by several publications as Raniere’s “second … or third in command,” reportedly tasked with picking up new *** partners for Raniere as well as recruiting new members.

#4 Her affiliation with Raniere is well-documented. She mentions him as a friend and mentor numerous times on her website. She can also be seen tearing up while gazing at him in a YouTube interview series.

#5 Mack is yet to publicly address the rumors about her involvement in the secret side clan.

#6 She appears to have walked away from her career and moved to Albany full-time, the Rolling Stone notes.

#7 Allison Mack was born in Germany on July 29, 1982; but moved back to the US when she was two years old. She is one of three children born to opera singer father, Jonathan and his wife, Mindy Mack.

#8 She began modeling and acting as a child and studied at The Young Actors Space in Los Angeles. Some of her early work include Mack appearing on 7th Heaven, Opposite ***, The Nightmare Room, Camp Nowhere and Honey, We Shrunk Ourselves.

#9 She starred on Smallville as Chloe Sullivan in 2001 and quickly became a fan favorite winning several accolades including an Emmy Award. She also made her directorial debut with the show around 2008.

#10 According to artvoice.com Allison Mack is expected to be arrested next. The report claims Mack started as a slave and she became a slave master who branded her initials into ‘*** slaves.’