Beth Herbert is the widow of late guitarist and member of Massachusetts- band All That Remains –Oli Herbert.

Beth’s husband is said to have been found near his home in Connecticut, details are still not clear as to what exactly happened to him. Beth wrote on the band’s Facebook page thanking fans and asking for privacy as she doesn’t yet have a ‘complete picture’ of her husband’s death. She said the family will issue a statement later.

Oli was born July 10, 1974; the Massachusetts native was one of the longest remaining members of All That Remains –which formed in 1998 and went on to release their debut album Behind Silence and Solitude in 2002. 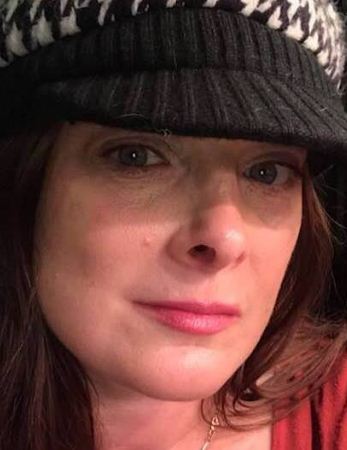 Reports say the 44-year-old guitarist had been reported missing and his body was found in a pond near his Connecticut home as officers had been searching the area. According to TMZ, his death hasn’t been labeled as suspicious, however an autopsy will be carried out in order to confirm the cause of death.

Beth Herbert, also known as Elizabeth Jane was born and raised in Northampton, MA. She is a realtor with Home Equity Assets Realty, LLC in MA & CT. She also manages the official Facebook page of her husband.

She previously worked as Century 21 A-1 Nolan Realty/Hometow in Feeding Hills, MA. Her specialties include buyer’s Agent, Listing Agent, Relocation and Short-Sale. She graduated from Holyoke Community College with an AA/Arts concentrated on Acting, Directing, and Lighting Design.

She and Oliver Herbert had been married since August 15, 2004. Our Condolences.