Alison MacKenzie -originally from Arizona, was on vacation in Belize and now is currently missing.

Alison is said to have been enjoying some time off while on Belize with her boyfriend, Paige Rote. She and Rote were taking a tour off the coast of the Central American country when she vanished over the weekend.
The search for Alison MacKenzie is still ongoing as family members seek the public’s assistance in locating her.

Alison’s mother, Cherie MacKenzie wrote on social media that the stories are not adding up.

The general story according to a number of reports, is that Alison along with her boyfriend and a group of tourists were all together on board a Catamaran when she suddenly disappeared.
Cherie was told that Alison was last seen by her boyfriend, 58-year-old Paige Rote, Friday night while they were camping with a group of other tourists on a very small island called Rendezvous Caye. The camping trip was organized by Raggamuffin Tour Company. 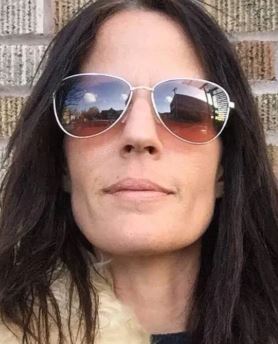 According to multiple local newspapers, Rote -who is a musician from Colorado -told Belize authorities that when he woke up Saturday morning, MacKenzie was nowhere to be found and he intermediately reported her missing.
According to Cherie, the Belize Police, the American Embassy, and the tour company owner are all working together to locate her daughter. She told the Courier on Monday. “So far, they haven’t come up with anything. We’re afraid she somehow ended up in the ocean and is gone.”

43-year-old Alison MacKenzie was born in Oxford, New Jersey however, she’s been living in Prescott since 1998. She is the proud mother of two teenage daughters; Rielly MacKenzie and Madelyn MacKenzie.
Madelyn who also lives in Prescott, went to Northpoint Expeditionary Learning Academy and is listed as working at Bill’s Pizza. She also has a YouTube channel where she uploads her music. According to her social media, daughter Rielly lives in Portland, Oregon.