Alex Reimer, a host of sports radio station WEEI –has been suspended after making a disparaging remark about Tom Brady’s five-year-old daughter.

A few days ago, while hosting a WEEI show, Reimer called Vivian Brady an “annoying little pissant” –when discussing the “Tom vs. Time” documentary –in which she is featured.

As a result, Brady who regularly appears on the ‘Kirk & Callahan Show’ –cut the interview short saying “I’ve tried to come on this show for many years and showed you guys a lot of respect, I’ve always tried and come on and do a good job for you guys. It’s very disappointing when you hear that, certainly. My daughter, or any child, certainly don’t deserve that.”

Get to know the guy that insulted Tom Brady’s daughter below. 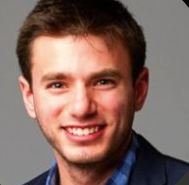 #1 Alex Reimer is the only man in Boston who owns a J.D. Drew jersey.

#2 Prior to joining WEEI, he contributed to Forbes, Boston Magazine, SB Nation and the Boston Herald.

#3 In addition to writing for WEEI.com, he serves as rotating host on Kirk & Callahan, the highest-rated morning show in New England.

#4 He thinks Jimmy Garoppolo and Danny Amendola are the hottest Boston Athletes.

#6 He was previously a digital contributor for Boston Magazine.com

#7 According to his LinkedIn, he holds a Bachelor of Sciene, Broadcast Journalism, *** Laude from Boston University. He graduated from Natick High School.

#9 He began working at WEEI Sports Radio Network in October 2016.

#10 When he was 12, he was interviewed by the Boston Globe, after he managed to build one of the largest followings among all AOL sports bloggers before he even graduated middle school.