Alex Maimon is the man who was in a romantic relationship with the queen of snapchat, model Katie May, who sadly lost her life reports say.

The 34-year-old gorgeous woman, had a solid presence on Instagram, with nearly 2 million people following her page, and an even stronger following on Snapchat. She famously became dubbed the “Official Queen of Snapchat.”

Her last post on Instagram was from photo shoot in Laguna Beach, Calif., where she captioned the image, “Hope everyone is having a great Monday! It’s very windy here today in LA.” 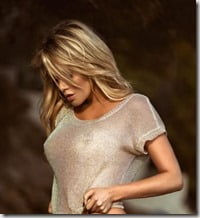 Her family released a statement saying

“It is with heavy hearts that we confirm the passing today of Katie May–mother, daughter, sister, friend, businesswoman, model and social media star–after suffering a catastrophic stroke caused by a blocked carotid artery on Monday”

“Known as ‘MsKatieMay’ on the Internet and the ‘Queen of Snapchat,’ she leaves behind millions of fans and followers, and a heartbroken family. We respectfully ask for privacy in this difficult time.” She is is survived by Alex Maimon and their 7-year-old daughter. Family members have started a GoFundMe page to try and raise $100,000 to support the child.

After graduating from Ohio University, the youngest of four children, landed a job in public relations working for the high-end fashion house Dolce & Gabbana.

At this time, May met and subsequently fell in love with Alex Maimon. She later became pregnant, but a short time afterwards, their relationship came to an end.

During a recent interview for the Huffington Post, she talked about raising her daughter as a single parent. She quit her corporate job and started a PR firm of her own, but her company went under during the recent economic collapse.

She and Alex Maimon also started a denim line after their split called SINR, which stood for Steel Inspired New-Age Revolution.

According to her own website, the ****, smart and funny Katie became the SnapChat correspondent at this September’s MTV’s VMAs, and has been covered in Playboy.com, GQ and Esquire. The Pittsburgh, Pennsylvania native and former cheerleader, was also working in the Video Games industry, starting with her being the face of the best social sports app on the planet, JetBet.com.

Not much more is known about Alex Maimon, May’s ex-boyfriend; however there is info online about a man with the same name, who was convicted of Ecstasy trafficking in LA back in 2001, but made a deal and ended up spending little or no time in prison. May’s ex could but might not be the same Alex Maimon.

We send our condolences to Katie May’s family, friends and fans.