Wojciech Cieszkowski is the man who says actor Alec Baldwin punched him in the face over a parking space.

Wojciech alleges that 60-year-old Baldwin pulled into a Manhattan parking space that one of Baldwin’s relatives was holding for him, and the two men started quarreling and pushing each other. Wojciech also added that the actor punched him.

The incident which took place earlier this month, ended up with the actor getting arrested while Cieszkowski was taken to a hospital complaining of jaw pain and redness around his neck. Baldwin who has entered a not guilty plea, has stated that he did nothing wrong. Good news for the actor, known from ’30 Rock’ ‘Match Game’ and ‘SNL’ –is that the charges were downgraded from assault and harassment to attempted assault and harassment. 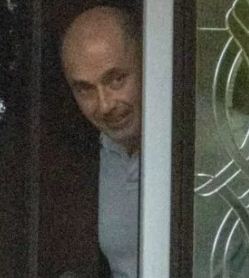 The victim, in this case, Mr. Wojciech Cieszkowski happens to be a businessman. According to his LinkedIn, Cieszkowski is the owner and president of a construction company called, Polteam Renovation. According to reports, he resides in Pearl River, New York.

In addition, Cieszkowski is an avid runner and a member of the Rockland Road Runners club. As an interesting fact, he participated in the 2013 Boston Marathon. At the time he told reporters that he heard the bombs right after he arrived to his hotel.

When approached by reporters, Cieszkowski had no visible bruising but answered that he’ll be fine when questioned about his condition. He also acknowledge to reporters that he is aware of who Baldwin is.

Unfortunately for the actor and comedian, his hair-trigger temper and over-the-top responses does not help his case at all. You may recall that Baldwin has been accused in the past of punching a cameraman, leaving insulting voicemails for his own daughter, making homophobic remarks on Twitter, and becoming belligerent with cops when asked for ID while out biking.