Alberto Miguel Rodriguez Mota has been named as the man who paid for the the attempted hit job on former Boston Red Sox slugger David Ortiz.

Rodriguez Mota was named by Dominican Republic authorities on Monday as they believe he paid hitman to try to kill David Ortiz. Mota is currently on the run as he is being hunted by authorities.
A motive for the shooting of the famous slugger -who is currently recovering at a hospital in Boston -is still not clear.

According to court documents, Alberto Miguel Rodriguez Mota met with another suspect, Gabriel Alexander Perez Vizcaíno; to discuss a plan one week before Ortiz was shot.
Per CNN, Perez Vizcaíno nicknamed ‘Bone’ was allegedly the go-between for Rodriguez Mota and another suspect accused of orchestrating the hit from a Dominican prison, who was previously identified as Jose Eduardo Ciprián.
Mota’s name came about during a closed hearing held for Perez Vizcaino.

Rodriguez Mota and Perez Vizcaino met at a bar in Santo Domingo around June 9, during the meeting he provided a photo of the target so he could share it with the hitmen. Perez allegedly shared the picture with the other suspects as they gathered at a nearby gas station just minutes before the shooting.
Authorities have not confirmed if the photo was of Ortiz and Rolfi Ferreyra Cruz, another suspect, has claimed Ortiz was not the intended target. This would go against the theory of coordinated attack on Big Papi. 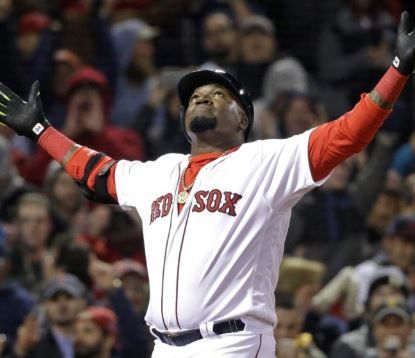 A payment of $7,800 was allegedly handed over to the would-be assassins from prison. It is not yet clear why Rodriguez Mota would prove the funds in order to have Ortiz killed or if he was acting on someone else’s orders. Police are searching for him and he now faces attempted murder charges.

Dominican Republic authorities have now detained at least 10 suspects, and they are looking for at least two others mentioned in the court documents, including Alberto Miguel Rodriguez Mota, the man accused of paying the alleged hitmen.

Ortiz, a 10-time All Star and three-time World Series winner, lives in Boston but visits the Dominican Republic several times a year.