Mario Treadway is an artist who goes by stage name Souleye, and the proud husband of famous singer/songwriter, Alanis Morissette.

Mario’s wife is one of the biggest stars of the alternative scene of the 90’s. Now at 45, the seven-time Grammy Award-winning singer/songwriter is announcing a 2020 tour. She will celebrate 25 years of ‘Jagged Little Pill’

Born in Ontario, Canada, Alanis released her debut album when she was 16. Her third, the Grammy award-winning Jagged Little Pill, came out in 1995; it included the hits You Oughta Know and Ironic, and has sold 33m copies.
The singer currently lives in Los Angeles with the rapper Mario “Souleye” Treadway and their children. The two became husband and wife on May 22, 2010 -and are the parents of three children; nine-year-old son Ever, three-year-old daughter Onyx and their latest addition -son, Winter born August 8, 2019. 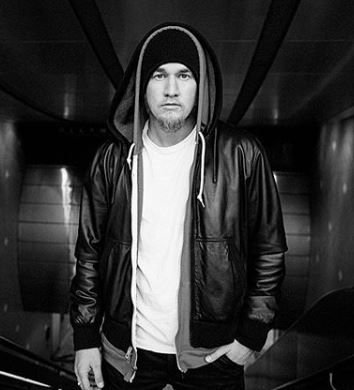 Mario “Souleye” Treadway is a Massachussets native who began rapping in his teens. According to his website, his brother committed suicide after years of struggling with bipolar disorder.

Mario “Souleye” Treadway graduated from high school in 1999 and left Western New England College after a year, to pursue a career in music. He had previously attended college in Florida on a basketball scholarship.
He launched his career as a hip hopper after entering a contest sponsored by Relix Magazine in 2005. The rapper, hip-hop artist and songwriter has also released a lot of material independently.

He is known for blending traditional elements of hip hop, EDM and numerous other styles.
His first album, Soul Sessions was released in 2002. Since then, Souleye has released nine studio albums and numerous singles. Souleye has toured extensively with Bassnectar, shared the stage with the Glitch Mob, Tipper, Michael Franti and his wife, Alanis Morissette.
In 2009, while on a meditation gathering, he met singer-songwriter Alanis Morissette. They married in 2010 and he opened her 2012 “Guardian Angel” world tour.