Lou & Nancy Stringer are the devastated parents of Alan Stringer, a Huntington Beach man found dead after going on a hike in the Inyo National Forest.

Their 40-year-old son was reported missing on Monday after he failed to return from his planned hike. His body was sadly found dead Thursday on the top of Darwin glacier in Sequoia and Kings National Park -following a three-day search.

According to numerous reports, he did not divulge his hiking plans or potential routes before he went missing. After a search was launched, deputies discovered Stringer’s car near North Lake just after midnight on Tuesday morning.
Alan leaves behind a wife and their unborn child. Mrs. Stringer is currently pregnant with the couple’s first child. She is currently 37 weeks pregnant, a GoFundMe page revealed. She is expecting a baby girl. The page opened by a friend of the couple also stated Ala was ”an avid hiker who loved the outdoors,” it also stated that he often would go on treks alone.

In addition to his wife, he is also survived by parents Lou & Nancy Stringer and a sister, Tracy Stringer who goes by Tracy Coleman. 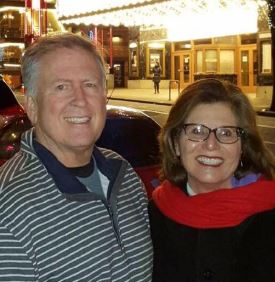 According to his social media, Lou Stringer studied Art at San Diego State University and also at studied Sculpture/ceramics at renowned university The Sorbonne in Paris. He worked at Dept of Education.
Nancy Stringer is originally from Redondo Beach, California. She is a registered nurse who attended Mount Saint Mary’s University and also studied BSN Nursing at Stanislaus State.
The longtime marriage shared two adult children, Alan and Tracy Stringer. They are grandparents to three young granddaughters -through daughter Tracy and her husband, Nicholas Scott.