Tomeka Thiam is the lovely wife of Aliaume Damala Badara Akon Thiam –whom you probably known better as Akon.

Tomeka’s husband is best known as a singer, songwriter, record producer, businessman and actor who rose to prominence back in 2004 for his hit ‘Lockep Up’ of his debut album, Trouble.

However, the 45-year-old may be adding another title, that of a politician. Although Akon was born in America, he spent much of his early childhood in Senegal, before moving back to New Jersey in elementary school.

Recent reports indicate he is seriously considering running for presidency in 2020. By his side will surely be, the loyal Tomeka Thiam –his wife of over two decades. 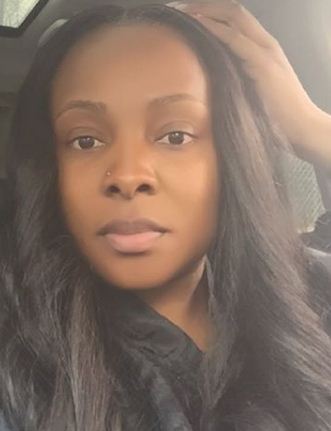 Tomeka Thiam and Akon have known each other for at least 24-years. Earlier this year she wrote a heartfelt birthday wish for her husband and longtime companion writing in part

“Its been a joy watching him word hard and he still got growing to do and thats the bigger blessing. God is just getting started on you my love. Praying on it forever! We go through tribulations like alot of celebrity families do. Somedays I want to knock his *** right out with a powerful right hook and Somedays I cry for you cause nobody has been there for this family of mines like you have. Even when we are at a distance…you are still there. May God fill your life with everything gold.”

Akon who has six children with at least three different women is also very protective of his personal life and keeps those close to him under the radar. Very little information is found on Tomeka Thiam –who hails from Senegal, Africa –and is the mother of at least four of his kids including 22-year-old son Ali, 11-year-old Alianna, 10-year-old Journey and Ty.

Akon is also said to practice polygamy and at one point it was reported he had up to seven wives. Tomeka Thiam is certainly one of the originals if not his first wife.