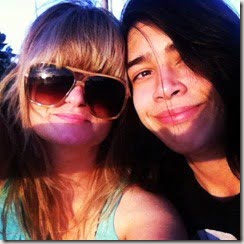 The American musician, best known as the bassist for the American alternative metal band Deftones, Chi Cheng has died, he is survived by his wife Coleen, Ex Wife Adrienne and son.

The musician fell into a coma following a car crash in Santa Clara, California in November 2008. Cheng was not wearing a seat belt and was thrown from the vehicle, local media reported at the time. In May 2010, Adrienne’s ex-husband began showing significant signs of improvement, and was able to track individual people with his eyes, occasionally make worded responses, and slightly move his hands. 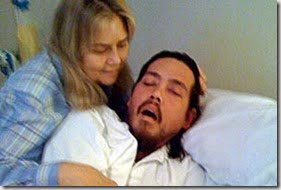 Sadly after a long battle following his accident the Grammy Award winning musician has died due to heart attack on April 13th at age 42.

In 2009 Oneloveforchi.com was created to raise funds for his medical expenses; there we found a heart felt message his ex-wife Adrienne Cheng wrote while he was still on a coma; talking about their relationship, she tell us a little about his family, writing only the nicest words you can think of to describe one!

They are fiercely loyal and unconditional with one another, like no family I’ve ever met.

And you can just tell she is heart broken thinking on how the ex-couple´s son would have to see his dad like that.

What he has done for Gabriel, myself and my family. He was generous to a fault sometimes and often put his needs last to make sure everyone was happy. 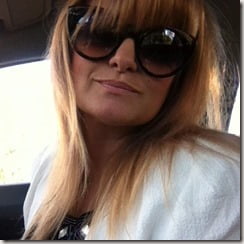 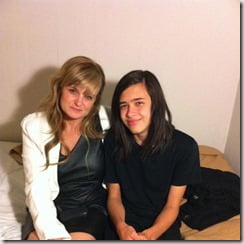 The ex-couple met when Adrienne was only 22 years old and Chi was 23. Adrienne says:

We fell in love hard and fast and married only a year and a half later.

Adrienne a Hair Stylist by profession and a dedicated mom writes on her twitter:

mom to the greatest kid on the planet

We can tell her son means everything to her. Only a few years after they were married she became pregnant with the couple’s only son, Gabriel. Unfortunately like many musicians’ marriages theirs…didn’t last. As the band hit the jack pot Adrienne and her husband were forced to spend less and less time together and their relationship fell apart.

Adrienne was born March 25th 1971 she currently lives with her son in Sacramento, California. She is a Designer of Reject Clothing and also worked as a hairstylist at Salon Paisley. 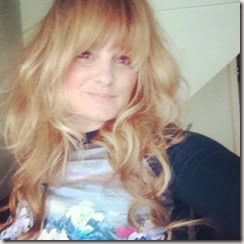 The lead vocalist of the Deftones Chino Moreno, also felt for his long time friend and wrote on his Facebook page on Saturday:

We are certain the musician felt the love through his struggle of his loved ones, friends, band mates, his son and fans all over. Our thoughts go out to Chi´s family, may he rest in peace.