The actress Adriana Campos and her husband Carlos Rincon tragically lost their life in a traffic accident on Tuesday. Several Colombian outlets reported the news.

The press office of the artist confirmed that Campos and her partner, businessman Carlos Rincon, died in a car accident in the Lower Cauca.

The accident occurred in the southwest of Antioquia. The Antioquia Highway Patrol told newspaper El Colombiano, that the driver of the vehicle lost control and the car suffered a rollover and fell into a river. The couple, who has a child together were traveling alone.

Adriana Campos, was born in Chaparral Tolima, on February 27th, 1979. She left her hometown to pursue her acting dreams. She debuted in Colombian soap-operas in 2000.

The gorgeous Campos was nominated for two TV y Novelas awards for her performances in Neighbors (2008) and Bella Calamities (2010). Her 15-year career in the industry included roles in film, Television and Theater. 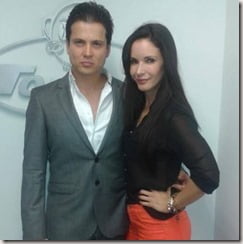 She and Carlos Rincon were married last year, according to the Latin Times. Adriana Campos and husband Carlos Alarcon became parents of one son. She gave birth to Gerónimo Rincón Campos on August 2014. The actress took the year off to focus on her son. 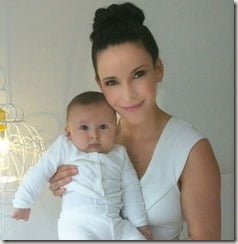 Carlos Rincon, also a Colombian native, met the actress in Medellin, while she was working on a play “Esto esta que arde.” They quickly hit it off and after a few dates they knew they were meant for each other. They were together for two years before she gave birth to their son.

In one opportunity the renowned actress, described her partner as a hardworking and loving man.

Authorities say that Rincon was driving the car at the time of the crash. Their bodies were taken to a hospital. It is unclear how Rincon lost control of the vehicle, one theory said Carlos Rincon fell asleep behind the wheel.

Following the tragic news, many Colombian actors and personalities took to social media to regret their death.