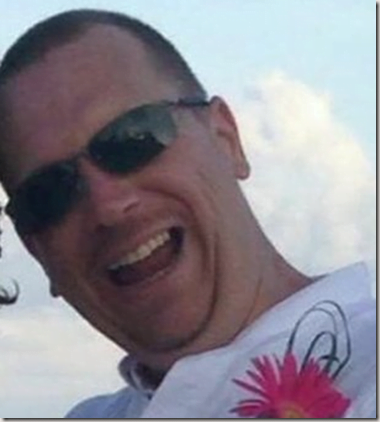 Meet 43-year-old Adrian Linham, of Winterbourne, Bristol, the man who was jailed for bigamy after photos of his second nuptials appear on Facebook. 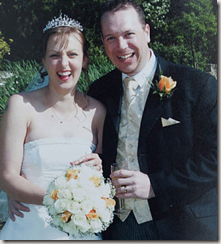 Adrian Linham led a double life for years, he not only cheated on his wife of seven years Liz (pictured above), with whom he has a four-year-old daughter but managed to marry another woman by the name of Hayley Totterdell! (pictured below). 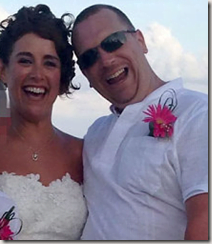 When his first wife Liz with whom he tied the knot in 2007 found out the awful truth, he had been seeing Hayley for more than three years.

Linham met wife Liz in 2000 at the time he was married, they became an item in 2006 after he divorced his first wife and subsequently got married in 2007 just months after their engagement. 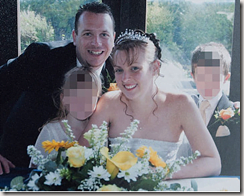 Wife Liz says Adrian did terrible things, including faking his own mother’s death so he could spend time with both women, tricked her into re-decorating Hayley’s holiday home by telling her it belonged to his boss. 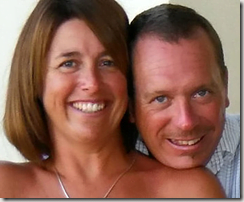 Adrian would tell Liz he worked as a scuba diving instructor in Bangor, the perfect excuse to be away for long periods of time, it seems.

Adrian’s mother actually thought her son and Liz had gotten a divorce and wrote Liz to tell her she was sorry. Long story short, Liz went online and was devastated to see her husband with a new woman, to see they had gotten married in the same beach she and Adrian had honeymooned at.

Reports say Adrian has been sentenced to jail for 18 months, luckily for him he gest to keep wife #2 Hayley.