Adrian Jerry Gonzalez  is the 15-year-old teenager is said to have killed his 8-year-old neighbor. Madyson Middleton of Santa Cruz vanished on Sunday afternoon, she and her parents lived in the Tannery Arts Center. She was missing for about 26-hours and was recorded riding her scooter by a security camera moments before she disappeared.

Sadly reports say her body was found at the same building where she lived. Police said she was killed between 5:05 p.m. and 6:08 p.m. Sunday.

Police arrested a 15-year-old Adrian Jerry Gonzalez who lives in the same apartment building at the Tannery Arts Center as Madyson’s family. They said he was watching closely as they looked for her body Monday night.

Authorities believes, since Madyson knew Adrian Gonzalez and she trusted him and went on her own will with him to his apartment. Once they were alone in the apartment together Adrian killed her and carried her body downstairs to a recycling bin and covered her body with materials until she was found.

Her little body was hidden at the large recycling bin at the art center on River Street in Santa Cruz. 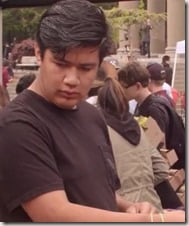 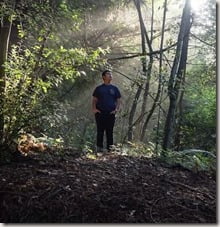 The teenage suspect, now identified as Adrian Jerry Gonzalez was’t identified right away because he is a minor and his name has not been released to media because he hasn’t been charged.

Adrian Gonzalez describes himself on Instagram ‘Awkward Adrian’ and is an enthusiastic yo-yoer. According to KSBW, he gave a demonstration to kids at the arts center as recently as July 13th.

Adrian as well as little Madyson lived in the arts center which provides artist and their families with an affordable place to live and create art, everyone who lives there is part of the community.

Police investigators have not said how the 8-year-old was killed but according to a KRON report she was raped and strangled.

Read the Legal Docs of the charges he face here

According to the docs Maddy was tied up or bound during the attack. A source close to the investigation told The Chronicle that the teenager lured the girl to his apartment by offering her some ice cream and that he attacked her from behind as she was serving herself.

“We’re going to bring him to justice, and at this point, there’s no plea deal on anything,” Rosell said.

Asked about a motive, Rosell said, “People do things for lots of reasons. Sometimes we understand them, sometimes we don’t. The specifics of this case I’m really not prepared to discuss.”