Katherine Beinecke Michel is the wife of singer-songwriter, producer and guitarist, Adam Schlesinger -best known as a founding member of the band Fountains of Wayne.

Katherine’s husband is currently being treated at a hospital after contracting coronavirus also known as Covid19. According to reports, the 52-year-old musician is currently on a ventilator to help him breathe.

Born Adam Schlesinger on October 31, 1967; the New Yorker is an Emmy and Grammy-winning singer-songwriter. In addition to Fountains of Wayne, Adam has also been a member of the band Ivy, and Tinted Windows. 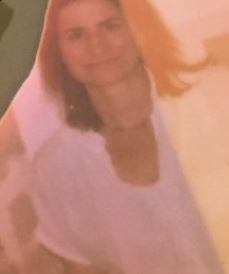 He and wife, Katherine Beinecke Michel have been married for over two decades. The two had met in 1996, at a bar on Hudson Street. Three years later, they tied the knot at Le Zoo, on Jan. 30, 1999.
While they were still dating, Katherine Beinecke Michel accompanied her then-boyfriend to LA when his song “That Thing You Do!” was nominated for an Academy Award. Katherine then joked, how she became a rock star groupie.

Katherine Beinecke Michel who goes by Katie Michel is a Yale graduate who worked as a graphic designer at Grenfell Press, a publisher of art books in New York -where she worked from 1995 until 1997 as a graphic designer, printer and print publisher.
In 2013, she founded the art gallery, Planthouse Gallery in New York City. Katherine’s great grandmother, Jules Bache, amassed a collection of art -and which was mostly donated to the Metropolitan Museum of Art, New York.
According to its website, Katherine Beinecke Michel serves on the boards of the International Print Center New York and Wave Hill, a public garden and cultural center in the Bronx. Michel is a member of the Victory Garden Collective formed in 2016 in response to the presidential primaries.