Sharri’s husband is a Bellmore, N.Y., native who graduated from the University of Michigan and later earned his master’s degree at Northwestern University’s Medill School of Journalism.

He worked as a reporter at The Denver Post covering the Broncos, he gained national prominence as a National Football League “insider” on the NFL Network, then ESPN.

He joined ESPN as an NFL Insider in August 2009 and appears on a variety of programs, including NFL Live, Sunday NFL Countdown, Monday Night Countdown, SportsCenter and more throughout the year. He also hosts his own ESPN Audio podcast and regularly contributes to other ESPN platforms, such as ESPN.com and ESPN Radio.

Adam who is a former president of the Pro Football Writers of America, has earned many accolades for his work and is also the author of five books. 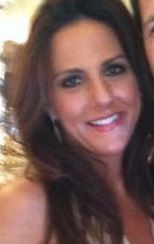 No doubt, Adam has lead an interesting life, however his wife Sharri, doesn’t stay far behind.

Sharri happens to be a 9/11 widow. The two met after they were set up on a blind date by a mutual friend. During the 2006 date she was quick to reveal that fact to Adam. Sherri was married to Joe Maio and was left a widow and a single mom to then 2-year-old son, Devon –after Joe a worker for Cantor Fitzgerald, died in the north tower of the World Trade Center.

Sharri was diagnosed with type 1 diabetes a year after the attacks and hasn’t been able to enjoy traveling since.

After dating for 11-months, the Adam Schefter and Sharri Maio tied the knot. Since then, the two have welcomed a daughter, Dylan. Sharri is actually his second wife since Adam was first married in 1990, however his marriage ended in divorce after just 15 months.

Schefter recently spoke of his most recent book, “The Man I Never Met”-which was written in honor of Sharri’s first husband, Joe Maio.