Adam Granduciel is the proud boyfriend of actress, Krysten Ritter –whom you probably recognize form Marvel’s Jessica Jones on Netflix.

Adam’s girlfriend has been in the showbiz for a while. The Pennsylvania native born December 16, 1981 –is also a musician and former model. Krysten’s career began like many other actresses as a model who was scouted during her teens while at a shopping mall.

At 18, she moved to New York City and was signed to Elite Model Management and Wilhelmina Models. As a model she did numerous print work as well as appearing on catalogs and runways in Milan, Tokyo, Paris and NY. She transitioned to acting in the early 2000’s by appearing in TV commercials.

Since then, the lovely black haired star has earned several TV and movie roles. Credits include her playing Jane Margolis on AMC’***** series, “Breaking Bad” and “Don’t Trust the B—— in Apartment 23” for ABC. Films include, “Listen Up Phillip” and “Big Eyes.”

Other credits include “Veronica Mars”, “Refuge”, “Life Happens” (which she co-wrote and co-produced), “The Blacklist”, “She’s Out Of My League”, “Vamps”, and “Confessions of a Shopaholic”.

She has been dating beau Adam Granduciel for a few years now. 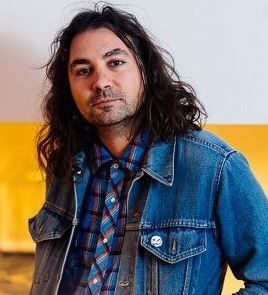 Adam Granduciel is a musician whose real name is Adam Granofsky. He was born February 15, 1979 in Dover, Massachusetts. Granduciel is the lead man of indie rock band, The War on Drugs.

Before he became a singer, guitarist, record producer and primary songwriter of The War on Drugs, Adam Granduciel attended Dickinson College where he majored in painting and photography. According to The Guardian, he pass up a perfectly good job in carpentry to move to Philadelphia and follow his music dreams.

He met Krysten through their music ties and have been an item since 2014.