Cohen recently opened up about his gender identity telling Time –that he was actually born a female and made the transition to male almost 20-years ago.

The 43-year-old first shared the revelation with his colleagues on the set, and says he felt the need to come out publicly, worried about the current political climate in the nation.

He added that many people still don’t understand what it means to be trans. 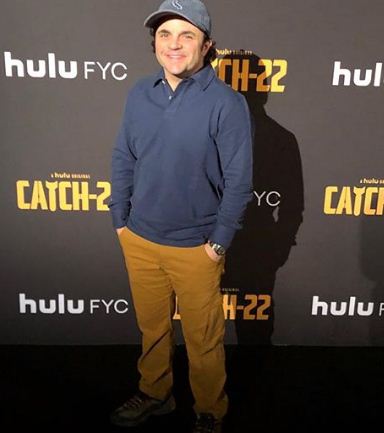 Speaking of the day he transitioned he said

Born a female on November 22, 1975 in Winnipeg, Manitoba, Canada –Michael says he was misgendered at birth and that since he can remember he has identified as a male no matter what his body said.

Michale D. Cohen knew he wanted to be an actor at a young age; he fell in love with acting after watching The Carol Burnett Show. The Canadian native studied acting in Toronto and got his start in the business doing voice-overs and behind-the-scenes work. He even played female roles until he transitioned in 2000.

He’s had small parts in shows such as “Modern Family,” “The Mindy Project,” and “My Name is Earl.” He landed the role of Schwoz Schwartz in Henry Danger in 2014 –and is currently Nickelodeon’s most watched show.

He has since gone on to reprise his role on Nickelodeon’s Game Shakers and The Adventures of Kid Danger, appeared on NBC’s Powerless and was featured in George Clooney‘s film Suburbicon.