Abdelhamid Abaaoud is the man, French officials believe could have planned the devastating Paris Attacks, that killed at least 129 people and injured more than 350.

Following the Friday, November 13th horrifying deadly string of suicide bombings and shooting in Paris, an investigation that’s still on going and several arrests later, French officials tell media outlets, they have one name that tops the most wanted list.

After the bloodiest attack on French soil since the second world war, Abdelhamid Abaaoud is being actively search for by French officials. As it is, to be expected he is connected to a string of heinous crimes. He is also known as Abu Umar al-Baljiki.

Abdelhamid Abaaoud is a Belgian extremist and is described as one of Islamic State’s most active operatives according to French radio station RTL.

According to The Guardian, a French jihadi told police Abaaoud had told him to attack a concert hall.

Abdelhamid Abaaoud  is also said to have carried out several armed robberies with one of the three French brothers alleged to have been involved in Friday’s attacks.

27-year-old Abdelhamid Abaaoud is described in most major publications as the leader of an Islamic State cell. He is believed to be a Belgian of Moroccan origin. He came under police radar earlier this year, after a gun battle in eastern Belgium in January during a raid on an Isis cell, but he hasn’t been caught. His home was raided in January and documents suggested he had been in contact with other suspects.

Abdelhamid Abaaoud  spent time fighting alongside Isis in Syria. He was known spotted by security forces after appearing in an Isis video. He allegedly appears behind the wheel of a car transporting mutilated bodies to a mass grave.

Abaaoud was also linked to the thwarted attacks on a Paris-bound high-speed train in August and a foiled plot to attack a church in Paris in April. French newspaper Liberation also linked him to Sid Ahmed Ghlam, a French student charged with murder, attempted murder and terror offences. 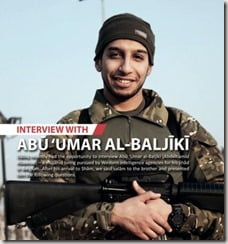 Abdelhamid Abaaoud has a 14-year-old brother named Younes Abaaoud, whom he recruited as he regularly did, according to French media. According to Independent, he is the son of a shopkeeper from Morocco, and reportedly joined Isis in Syria in 2013.

Abdelhamid Abaaoud grew up in the Belgian capital’s Molenbeek district and attended one of Brussels’ most prestigious high schools, Saint-Pierre d’Uccle.

He told the Islamic State magazine Dabiq, that he had been able to plot attacks against the west right under the nose of Belgian intelligence agencies. He described his experience fighting for ISIS to the magazine saying: We faced a number of trials during the journey,” Abaaoud told Dabiq, as reported by the Guardian. “We spent months trying to find a way into Europe, and by Allah’s strength, we succeeded in finally making our way to Belgium.”