Jocelyn Madulid has been named as the woman who was involved in a car crash with actor, comedian Tracy Morgan.

Madulid and Morgan who was traveling in his 2 million Bugatti Veyron collided Tuesday afternoon in Manhattan. Both vehicles came to a stop at the intersection of 10th Avenue and 42nd Street.

Madulid who was driving a Honda CR-V -says she was left traumatized after an upset Tracy Morgan yelled at her and beat his fist against her window.

B***h get out of the car,’ the SNL star could be heard yelling, according to video shot by a passerby. Morgan was also seen banging his fist on the passenger side window of Madulid’s vehicle.

The whole thing was a minor fender bender but Tracy who complained of pain, was taken to a nearby hospital. The incident with Jocelyn Madulid comes just three days shy of the five-year anniversary of a 2014 fatal crash involving Morgan that killed his friend and left him severely injured. 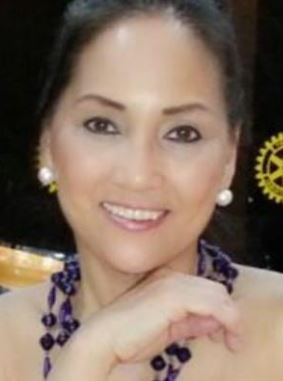 Madulid is a Philippines native, according to her LinkedIn, she works in government relations.

61-year-old Jocelyn Madulid is a New Jersey resident. She is married to Ed Madulid and together are the parents of seven adult children, four men a three young women.

She admitted not to have recognized Morgan asking the officer why people were taking pictures. The officer said ‘You don’t watch TV? That’s a famous guy’

She told media about the incident “He was yelling at me, I got scared,” “I didn’t yell anything back. I just stayed in my car,”

According to her account, she believes Morgan is to blame, she explained the whole incident in her words “We are both turning right — people are still crossing,” she said. “So what happened is we’re both turning right. But I know he hit me because I was already [turning]. I was there, he was the one who hit me!”

She also expressed concern about her insurance bill since Morgan was driving such an expensive car.