Tanisha who was born May 17, 1984; and the Crenshaw rapper were in a relationship over a decade ago and together they welcomed a daughter, Emani, now ten-years-old.

Nipsey’s family believes, Tanisha Foster isn’t fit to care for the child. The two parties embarked in a bitter custody battle for the child and ultimately Smith was granted custody of Emani. According to TMZ Foster Nipsey’s family isn’t trying to separate the mother and daughter, but Tanisha’s history with substance abuse doesn’t help. Smith says the family has even offered Tanisha help to enroll in substance abuse programs. 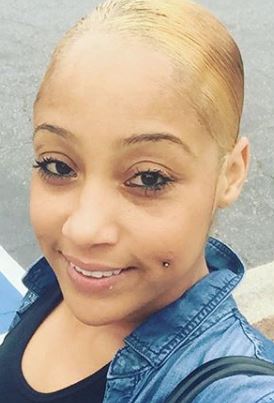 Things are not looking good for Tanisha Foster who recently got her probation revoked and could be remanded into custody.

Back in 2017 Tanisha got a DUI, she blew off DUI classes and as a result her probation was revoked earlier this month. According to reports Foster hasn’t completed the required programs in the case. She was ordered by a judge to go back and re-enroll in her DUI class, as well as sign up for Mothers Against Drunk Driving.

She is also ordered to attend AA meetings, and a probation violating hearing has been set for July. Her record also includes two arrests more than ten years ago, including suspicion of vandalism, resisting arrest, and disturbing the peace.

Tanisha is active on social media and she goes by Chyna Hussle on Instagram where she has over 100k followers. Tanisha Foster is also the mother of two other children.