Donald Lynn Cash was a mountaineer who reached several summits before passing on Everest earlier this week.

Reports say, 55-year-old Donald collapsed just after he had reached the peak of Mount Everest. The Utah native collapsed at the summit on Wednesday as he was taking photographs. Donald is one of two climbers who passed. It is believed they suffered from fatal altitude sickness. Guides tried to descend the mountain with him, but they were hampered by traffic on the mountain as more than 200 climbers were taking advantage of clear weather and teams had to line up for hours. It was one of the busiest-ever days on the peak.

Donald who went by Don, was on what he called a “Seven Summits Sabbatical.” He had reached the penultimate peak on his list, Antarctica’s Vinson Massif, in January.

Cash wrote on LinkedIn “I am truly blessed to be able to take the next five months off on a sabbatical to finish the last two remaining mountains on my Seven Summits Club dream,” describing himself as “chief executive mountaineer.” 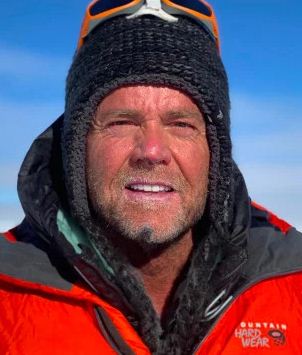 On social media, he called himself ‘a kick-*** sales executive, husband, father and grandpa’ Don Cash studied Marketing and Chinese at the University of Utah and served as VP of Global Inside Sales at BMC Software. His body will now remain on the 29,029-foot peak.

Don is survived by his wife Monette and their four adult children, Danielle, Brandalin, Weston and Tanner; and two adorable granddaughters. Monette is a psychologist and yoga therapist.

His daughter Brandalin Cash, told KSL-TV “He wanted to do this,” “He wanted to be on that mountain. He wanted to show that he could accomplish dreams and that others can too.” Friends and family alike have been writing heartfelt tributes remembering Don Cash and his passion for life and accomplishing dreams.