Ali Currier was until recently in a relationship with fisherman and reality TV star, Nicholas Fudge –best known for appearing on ‘Wicked Tuna.’

Ali’s famous boyfriend is said to have died unexpectedly last week, he was 28-years-old. The fisherman, who went by Duffy –was part of the cast of reality television show Wicked Tuna.

Born August 1, 1989; on the show, Nicholas and other cast members, try to land bluefin tuna, which can weigh hundreds of pounds and fetch tens of thousands of dollars.

According to his obituary, he ‘was known for his smile, his fearlessness, his adventurous spirit, his mischievous sense of humour, and giving big hugs.’

It also reads in part, “After becoming one of the top sport fishermen in the country, he earned a place on the National Geographic reality show Wicked Tuna for multiple seasons.’ 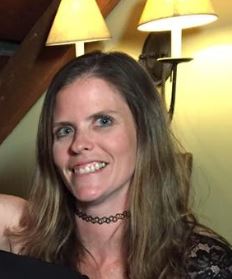 Nicholas had been dating Ali Currier for a sometime, it is not clear however how or when they met exactly. From her social media it seem that Ali Currier is also into outdoors and is the mother of at least four children. Ali Currier is originally from Holderness, New Hampshire.