Gina Torres is an actress and as far as we know, still married to Hollywood star, Laurence Fishburne. The two have been married for over a decade but that may soon change.

You probably know everything there is to know about her hubby, so let’s get to the good stuff without any delays.

Gina Torres was born April 25, 1969; the New York native has been active in the industry since the 1990’s. The movie and TV actress has had a number of roles in several TV series such as Hercules: The Legendary Journeys, Xena: Warrior Princess, Alias, Firefly, Angel, 24, Suits, The Shield and most recently, Westworld.

It was recently announced that native New Yorker Torres is to star in a yet-to-be-named “Suits” spinoff, set to debut in 2018. She will also serve as its executive producer.

One of three children born to Rebecca and Richard –Gina is fluent in Spanish due to her Cuban heritage. 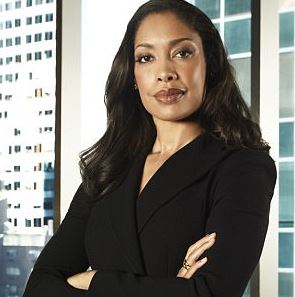 Torres who is also a mezzo-soprano, began singing during her childhood. She is trained in opera and jazz and performed in a gospel choir. She attended Fiorello H. LaGuardia High School of Music & Art and Performing Arts in NY.

Gina Torres is actually Laurence’s second wife. He was first married to actress Hajna O. Moss. The two were married from 1985 until their divorce in the 90’s. Fishburne and his first wife welcomed two children together, son Langston born 1987 and daughter, Montana Fishburne born 1991. 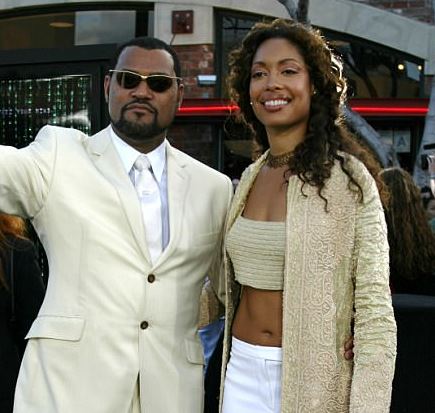 Gina met her then future hubby in the 1999 blockbuster science fiction film The Matrix. She has also appeared alongside Mr. Fishburne in the “Matrix” franchise, and as his wife in “Hannibal.”

The two became engaged by 2001 and were married in a small ceremony in 2002. The couple said I Do, at The Cloisters museum in New York City.

Since then, the acting couple have become proud parents to one daughter. Gina Torres gave birth to Delilah in June 2007.

Until now, we though the couple was living their happily ever after but recent reports suggest there are major issues between the couple. The gorgeous actress and mom of one, has been caught kissing another fella –that is clearly not the ‘Black-ish’ star. Page Six notes the two haven’t been seen together since 2015.

She and her new man –that is yet to be identified –spent over an hour together during an outing and were seen getting cozy with each other. She was not wearing her wedding ring during her romantic date at the Sweet Butter cafe in Los Angeles.

Did Gina Torres and Laurence Fishburne divorce without telling anybody?