Minnie’s beau is a top notch lawyer and though he’s handled numerous celebrity  cases he is perhaps best known for the acquittal of pop legend Michael Jackson.

Mr. Mesereau received his Bachelor of Arts from Harvard University, *** laude.  He earned a Master of Science from the London School of Economics, and his Juris Doctor from the University of California, Hastings College of Law.

He has been named one of America’s 100 Most Influential Trial Lawyers by The National Trial Lawyers Association. Also, in April 2011, Loyola Law School, Los Angeles presented Mr. Mesereau with the prestigious 2011 Fidler Institute Award for Excellence in Criminal Defense.

That same year, he was named criminal defense lawyer of the year in a list distributed by the Los Angeles Times.

Tom was also named the “Criminal Defense Lawyer of the Year” by the Century City Bar Association, Los Angeles, when he freed actor Robert Blake, from jail. He then managed the acquittal of Jackson –of fourteen charges of alleged conspiracy and child molestation.

California Lawyer Magazine awarded Tom its highest award for excellence in criminal law –for his job with the late king of pop.

He has also received the “Jerry Giesler Memorial Award” from the Criminal Courts Bar Association of Los Angeles –in recognition of his outstanding skill, perseverance and achievement in representing his clients in trial.” 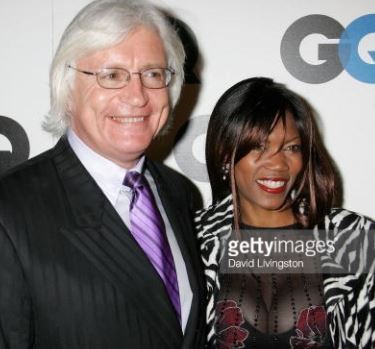 He and Minnie Foxx go from way back. The two have been photographed over the years and by 2005 she was said to be living with him. The two met in the early 2000’s when she was working in the restaurant of a now-closed club called Ladera. At the time she was 36 and Tom was 51. 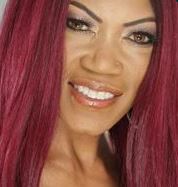 48-year-old Minnie Foxx who is originally from Ohio –has appeared in a variety of productions. Her credits include TV, film, theatre, radio, print, fashion, and entertainment productions.

She was awarded Best Overall Performer in a Live Stage Play at the Black Music Awards. According to her website, she was also the host of The Elite Network Talk Show. Foxx, is a BMA Music and Academy of America Award Winner! Nominated in two categories.

The singer and actress and model is also an activist who is involved in different causes including domestic violence and Literacy. She’s also been recognized as a powerful speaker by LA Mayor Villaraigosa, California Senate, LAPD, RBChamber of Commerce, Pastor Cecil Murray, Women Working Together Inc.,  Minority Business Entrepreneur and LVH Magazines.

Minnie is also active in social media. Check her out on Twitter here.