Jerry Lewis has died aged 91, the legendary funnyman, actor, producer and humanitarian -died at his home in Las Vegas on August 20th.

Real name Joseph Levitch, the New Jersey native became one of the greatest comedians in the world of comedy. He was one half of the comedy duo, Martin and Lewis with the late Dean Martin.

The two became enormously famous with their act in the late 40’s. After they broke up, Lewis filled in for an ailing Judy Garland in Las Vegas. With a slicker more sophisticated stage persona he would continue to play Vegas until 2016.

As a solo performer, he starred in more than 50 films, including classics like “My Friend Irma,” “The Nutty Professor,” “The King of Comedy” and others.

He also starred in numerous TV shows as well, including “The Colgate Comedy Hour” alongside Martin.  Lewis also did Broadway, starring in the musical “**** Yankees.”

He received many awards and acknowledgments throughout his career.  He was also honored with not one but two stars on the Hollywood Walk of Fame. But perhaps most importantly he raised nearly $2.5 billion by the late 2000s through his telethons and was also nominated for a Nobel Peace Prize.

Lewis was married twice and is survived by his second wife and six children.

His first wife was singer, Patti Palmer. The two married on October 3, 1944. The couple welcomed six children, all boys –during their 36-year-marriage. The divorced on September 1980.

Patti Lewis was born as Esther Calonico. Patti Palmer was a singer with Tommy Dorsey’s orchestra when she married Lewis in 1944, but she retired from show business to raise their six children. Lewis left Palmer for Pitnick. 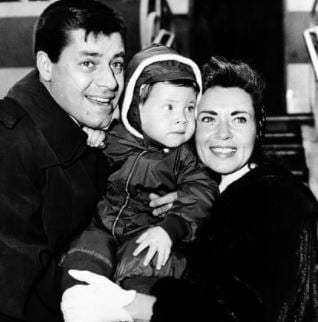 SanDee Pitnick was a dancer and actress. She met Lewis after she auditioned f or a bit part in his 1979 film Hardly Working. Jerry Lewis made SanDee Pitnick his second wife on February 13, 1983 and remained together until his death. 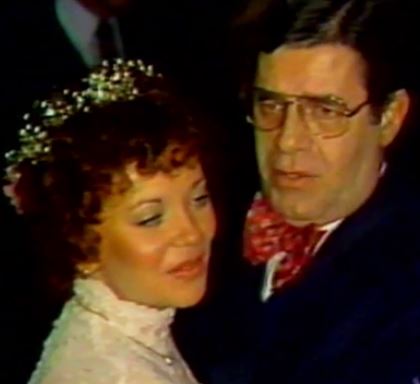 SanDee who was born Sandra Pitnick, also participated along her hubby in his Labor Day Telethon. In 1992 SanDee and Lewis adopted a daughter.

Gary for a time had a rock career as the lead singer of Gary Lewis & the Playboys. 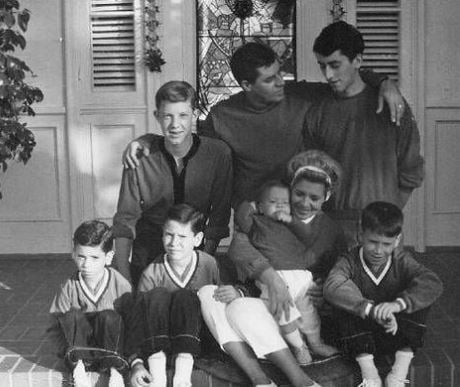 Last but not least is Joseph Lewis, who was born in January 1946 but sadly took his own life in 2009 from a drug overdose. 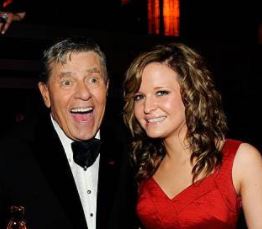 Scott works in the film industry, according to his IMDb he also worked as an assistant on his father’s 1980 film Hardly Working.

Anthony Lewis is a professional videographer, according to Las Vegas Backstage Talk. He learned from watching his father direct when he was a kid.

While being married to second wife, SanDee, Lewis became the father of an adopted daughter, Danielle Sara Lewis in 1992.