Lexy Panterra is the new lady dating British actor, Gregg Sulkin. The pair were spotted doing a little shopping earlier this week and appear to be in the first stages of their relationship.

25-year-old Sulkin who was born in London and made his acting debut at age 10 –is best known for his work in the Disney Channel. He appeared comedy series As the Bell Rings and Wizards of Waverly Place.

These days is hard to know whether young actors are in serious committed relationships or just hanging out, hooking up and having fun. Lexy’s beau has been linked to a number of girls recently but appears as he finally made up his mind for the hot Miss Panterra. 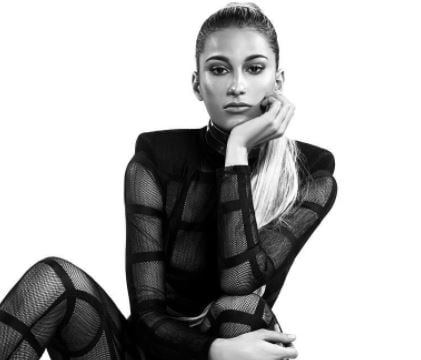 The California native was born Alexis Liela Afshar on May 22, 1989. Her father is motocross racer Tony Panterra and she has three brothers. Her uncle is 17 time world champion drag racer, and producer, Alex Dodd.

2. Her nickname growing up was Lex Luther

Her father gave her the nickname at age 2 due to Lexy’s sweet disposition to mastermind & manipulate those around her to get what she wanted.

3. Lexy Panterra is a trained dancer

Lexy won a beauty pageant when she was five years old. She is a trained dancer of ballet, hip hop, and more.

Being her father’s daughter, Lexy actually raced motorcycles from the ages of 8 to 11.

5. She can also sing

Lexy is a recording artist. She was a member of an all-girl R&B group before going solo and putting out singles such as “Supa Dupa” and “Neon.”

6. She is best known for her hot moves

In 2014 she founded LexTwerkOut –and exercise program that utilizes twerking.

7. Lexy is friends with Sulkin’s ex-girlfriend

Lexy and her boyfriend’s ex, Bella Thorne co-starred in the Tyler Perry flick, “Boo! A Madea Halloween,” only a year ago. At the time Bella was still dating Gregg.

8. Her boyfriend was recently linked to Danielle Campbell

Gregg and former Disney actress Danielle Campbell stepped out together in public last month. Danielle who used to date One Direction’s Louis Tomlinson joined Sulkin for a walk in L.A.

9. She is huge on social media

Lexy has over 2 million followers on Instargam and her YouTube twerking videos have been seen over a million times. She has taught over 10,000 women to twerk.

10. She is following in the footsteps of her grandmother

Her website states Lexy’s grandma was a famous songwriter, producer, and poet during the 60’s & 70’s.