Devin Lima is a musician whom we all know as one of three vocalists of 90’s pop group LFO, otherwise known as Lyte Funkie Ones.

Lima who achieved fame with the group after the release of the 1999 hit song ‘Summer Girls’ –has cancelled the band’s tour due to health problems. Earlier this month reports said he was recovering from kidney surgery and today it was revealed he has been diagnosed with stage four cancer.

Learn more about the handsome 40-year-old in his top-ten-facts below. 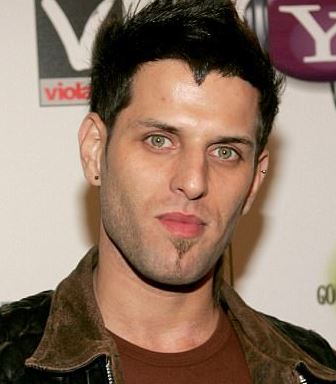 Lima was born Harold Lima on March 18, 1977 in Boston, Massachusetts. Devin is only a nickname. He was raised by his parents along with two younger brothers.

Prior to his career in the music industry, Lima worked in a hardware store. It was in 1999 he was asked to be part of LFO along with bandmates, Brad Fischetti and the late Rich Cronin.

#3  Devin Lima auditioned to be on the band

Following an open audition, Devin Lima was brought in to replace former third member, Brian Gillis (known as “Brizz”), who was with the group from its start in 1995.

#4 Lima and the band have sold millions

The band is best known for their hit songs “Summer Girls”, “Girl on TV”, and “Every Other Time”. The band have sold over 4 million records worldwide.

After lackluster record sales of the album and the late-1990s/early-2000s boyband craze coming to an end, LFO officially decided to part ways in February 2002.

They had a brief reunion in 2009 but split a second time following the death of lead singer and primary songwriter Rich Cronin. Brad Fischetti and Lima decided to take a break from music after Cronin died of leukemia aged 36.

#6 Aside from music Lima is also a barber

#7 Devin had recently gone back to music

Earlier this year, he and bandmate Brad Fischetti had reunited as a duo. Last July they released their first new song after 15 years, titled “Perfect 10”.

According to Fischetti –who broke the news of Devin’s cancer on a YouTube video –Lima’s cancer is very rare. He said he has stage four Adrenal cancer meaning it started in the adrenal gland, which is really “rare.”

#9 Devin is currently at home recovering

Lima who is at home healing, will undergo chemotherapy, radiation and have to take long-term medication. Fischetti seems optimistic about his bandmate’s prospects, saying ‘No one has a stronger body, mind and soul and if anyone can defeat this it’s Devin.’

#10 Lima is hoping to get back to the stage soon

Lima is motivated to get back on stage, the band’s originally-slated 2017 tour has been pushed back to 2018, pending his recovery.