Brandon Armstrong is the newest dancer to join the professional squad on Dancing With the Stars.

You can currently see him on season 27, paired up with singer Tinashe. Find below 10 interesting facts about pro, Brandon Armstrong. 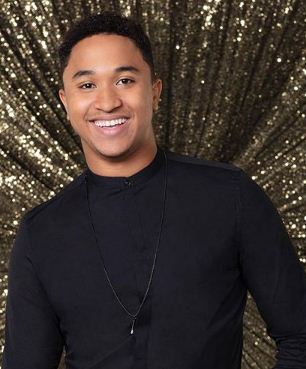 #1 He’s been dancing since he was a teen

Armstrong first competed in dancing when he was a young kid. He was 10-years-old at the time. He was 13, when he decided to become a professional dancer.

#2 Brandon and the show go way back

Brandon is actually the winner of the first junior competition of Dancing With The Stars. It was during season 6 and at the time he was only 13 and was partnered with Lindsay Arnold.

#4 He is a Latin Ballroom pro

Armstrong has trained in all styles including jazz, hip hop and contemporary, specifically in Latin Ballroom.

#5 He’s career has gone beyond DWTS

Brandon has traveled all over the world to compete professionally and has also been seen in Showstoppers at the Wynn Hotel and Baz at the Palazzo Hotel, both in Las Vegas. He’s also appeared in the Dancing with the Stars: Live! Light Up the Night tour.

#6 He first joined DWTS for season 24

Brandon officially joined the cast of Dancing with the Stars as a troupe member for season 24 and has spent the last 3 seasons in this role.

In addition to dancing, Brandon enjoys other activities such as boxing, golfing or boat rides to the lake.

#8 He is a fan of country music

Brandon is also a huge fan of country music

Brandon served a two-year mission for his church in Arkansas.

Brandon Kelly Armstrong was born in California but grew up in Utah. He revealed during an interview he was adopted.