We first heard about the term Beychella last year when DJ Khaled proudly proclaimed it, during Beyoncé’s near two-hour iconic festival set.

The songstress took it to another level while paying tribute to HBCUs and black culture in between deep diving into her extensive discography. Best part is, we now get to watch ‘Homecoming’–a Netflix documentary chronicling the road to her iconic Beychella performance.

Below find ten interesting facts we learned about Beychella after watching Homecoming. 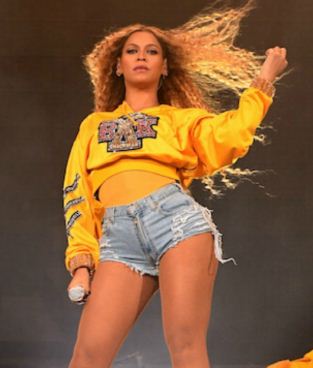 #1 Beychella was live-streamed by 458,000 people, watched by 43 million more on YouTube over the months that followed, and almost immediately dubbed as the definitive pop culture event of the year.

#2 The concert was an exuberant celebration of black excellence, staged at a desert venue that had almost exclusively been an oasis for white artists.

#3 Beyoncé directed every shot of the livestream in advance, so it’s not as if what the world saw that night was just a random hodgepodge of angles that were desperately trying to capture the moment.

#4 Beyoncé managed to make Beychella a reality soon after giving birth to a pair of twins — she narrates a vague but powerful section about the complications of their delivery, and emphasizes the difficulties of being a working mom.

#5 She’s always front and center on stage, but even the behind-the-scenes footage is focused on her strength, her fatigue, and the time she’s forced to spend away from her family.

#6 Each section of “Homecoming” is introduced with an inspirational quote. As an example we have the one from activist Marian Wright Edelman: “You can’t be what you can’t see.”

#7 Beyonce endured months of grueling rehearsals. First, she and her music director, Derek Dixie, started with four months of rehearsals with the band. Then on top of that came four more months of dance rehearsals.

#8 The entire concept for Beychella was centered around the Historically Black College and University experience, from the marching bands, to the majorettes, to the greek life, and especially to the spirit of homecoming.

#9 For the costumes, she met with Balmain creative director Olivier Rousteing multiple times before he ever set foot in Los Angeles.

#10 ‘Homecoming’ comes with a surprise: A Beyoncé Live Album. “Homecoming: The Live Album” is a more straightforward recreation of the concert.